Here’s a look at the music industry, and why touring is the way to get rich.

As CD sales sag under Napster-style piracy, Jay-Z and other hot acts–especially craggy veterans–turn to concert tours to reap their real fortunes. Playing to crowds of 20,000, Jay-Z should net around $100,000 per performance, or more than $1,000 per minute onstage.

Forbes takes a look at Hip-Hop entrepreneurship. Odd that they don’t even mention Phat Farm. 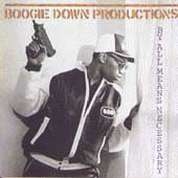 Anyone catch MTV’s 22 Greatest MC show? The moment they announced number 22 I knew we were gonna have beef. Their list was the result of a public poll, so I have to give a little slack given all the youngsters that likely voted. (Learn your history!) And I do have to say that I didn’t have too many problems with the list as a whole. But by first issue is the name of the show. Judging by the results, it should have been called the ’22 Greatest Rappers’. Some of the people on MTV’s list just don’t qualify as MCs in my opinion. (Shock G has an excellent description of what an MC is on his site. ) Besides that, there are some glaring injustices on MTV’s list: KRS-ONE after Nelly and Lil Kim??? The fact that Foxy and Lil Kim even made the list… Chuck D at 22…

So of course I had to come up with my own list. This was a very difficult thing to do, especially after I got out of my top 15. I really wanted to just say these next 30 people are tied for the next spot. But instead, I made an honorable mention list.

But first, some quick notes:

END_OF_DOCUMENT_TOKEN_TO_BE_REPLACED

Forbes has their Celebrity 100 list out. Much to my surprise, Jennifer Aniston is number 1. Here’s how the rankings are done:

How do you measure celebrity? Start with earning power and add media hits. Jennifer Aniston has a smaller bank account than George Lucas but shows up far more often on the magazine rack. But where’s her husband? Brad Pitt didn’t make the cut.

Here are a couple of reviews that I wrote on my other blog. I highly recommend these movies!

What a way to kick off the season of Making the Band. Puffy (sorry, I can’t switch up mid-stream and refer to him as P. Diddy) doled out some well deserved hazing to the band members. These kids acted like Puffy needed them. I found myself ROTFL when Puff told them what time it was. (I’ma be up in the studio making hits…) I was glad to see that the band came to their senses and walked their asses to Brooklyn to get Puffy his cheesecake! 🙂 Oh, and Dylan must have been smoking crack. After Puff saved him from doing a bid in jail, he’s gonna act up like he’s the king of NY??? Puff should have sent him packing. Looks like this season is gonna be full of drama.
END_OF_DOCUMENT_TOKEN_TO_BE_REPLACED